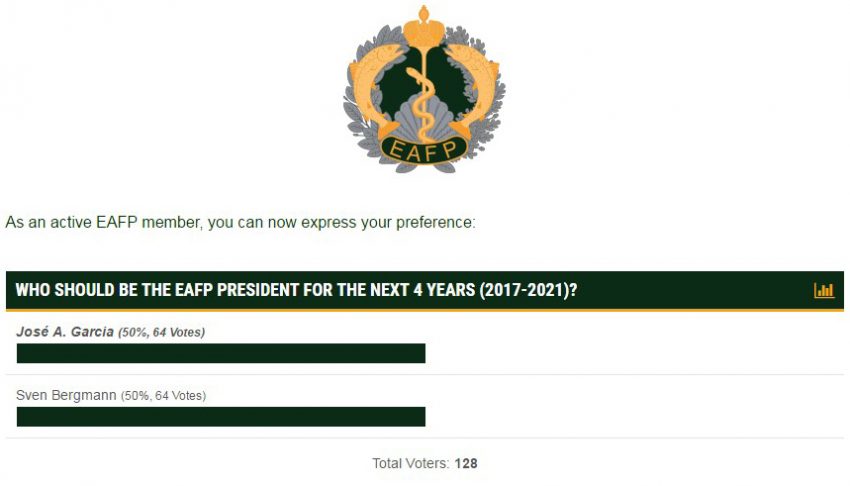 Following the call published in the EAFP Bulletin, Issue 37(1) and on the EAFP website, the nominations for the next EAFP President were:

Voting via the EAFP web page was arranged from 2nd May to 16th June 2017 with procedural details described in the EAFP Bulletin, Issues 37(2), on the EAFP website as well as in the EAFP Newsletter.

The first poll has been finished on 16th June without the EAFP President elected. Each candidate received an equal number of votes (64), and therefore a second poll will be opened from 9:00 (CET) of Monday 19th June, until the midnight (CET) of Monday 26th June.

ALL EAFP MEMBERS ARE KINDLY INVITED TO LOGIN ON THE EAFP MEMBERS AREA ONCE AGAIN TO EXPRESS THEIR CHOICE.
A SPECIAL RECALL GOES TO THOSE MEMBERS WHO HAVE NOT VOTED PREVIOUSLY.