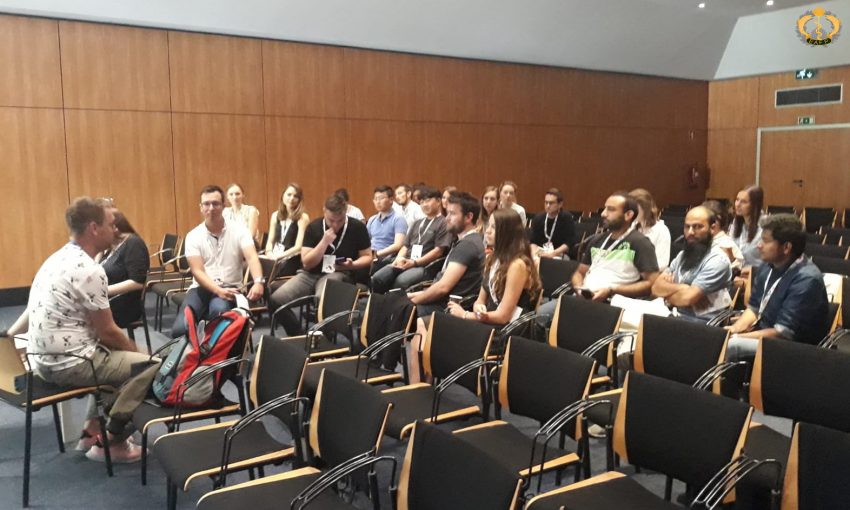 Following the EAFP Council Board initiative to establish an EAFP Student members group, a start-up meeting of the group was organised during 19th International Conference on Diseases of Fish and Shellfish in Porto. A total of 27 EAFP student members and early career researchers attended. The meeting was opened by the student representative, Jerko Hrabar, who presented a short agenda of the meeting and briefly presented what is expected from the group in the future. Afterwards Ivana Bušelić presented the EuroMarine Young Scientists Working Group as an exemplary student association.

The presentation was followed by a discussion between the attendees about their views, ideas and needs on how to strengthen the students’ position within the EAFP. Several questions were addressed during the discussion. As a key aspect for planning future activities, student members pointed out networking between the members, especially those working in the same area of expertise in order to connect more easily to their peers. At the end of the meeting poster evaluation for the best poster awarded by student members was organised.

For further info about the group activity and how to participate to it, please contact the EAFP Students/Early Career Research group representative Jerko Hrabar (hrabar@izor.hr).