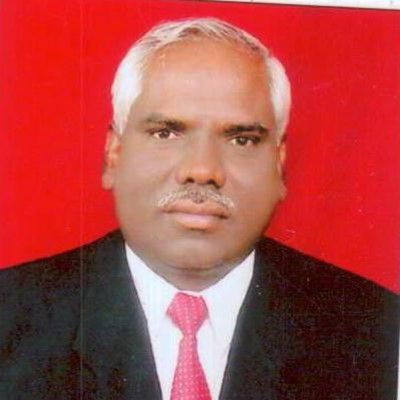 On the 23rd of August 2019, Dr. Yeshwant Kondji Khillare. sadly passed away at the age of 63 years, in India

Dr. Khillare was born to Late Sree Kondji Khillare and Late Smt.Tanhabai Kondji Khillare on 24th April 1956. A conscientious student, he graduated with Zoology Honors in 1979 and acquired his Masters in Fishery Science in 1985. Undaunted passion and love for his area of study drove him to pursue a PhD in Aquatic Pollution and Fish Biology at Dr. Babasaheb Ambedkar Marathwada University (BAMU) Aurangabad, India in 1985 and later pursue a post-doctoral research at Marine Research Laboratory Hel, Poland in 1996. An alma mater of BAMU, he started his professional career as an Assistant Professor with the same prestigious university in 1985 and rose to the escalated position of Senior Professor of Zoology by 2009, and continued there till his untimely death.

In a career spanning over 30 years in teaching and 35 years in research, Prof. Khillare has left behind a rich legacy of scholarly wisdom and knowledge. He published more than 80 research papers in National and International journals. He is credited with 7 academic books and had guided 30 Ph.D students. In addition to this, he had also attended over 100 National and 20 International conferences. Dr. Khillare was an academician, researcher and administrator rolled into one. During his lifetime, he had shouldered a long list of administrative responsibilities along-side his academic service, having established the Centre for International Relations in 2012 and held the position of its Director. Also, his immense contribution in European Associations of Fish Pathology was indeed commendable. He was at the helm of affairs of the Indian Branch of this organisation and worked tirelessly as its Board Member.

A widely travelled man, his contribution to university administration, bilateral exchange programs, international credit mobility and capacity-building projects is enormous. The magnitude of his academic contribution and extent of research won him many awards and accolades-national and international. Amicable and affable that he was, Dr. Khillare will be fondly remembered by his students, colleagues and fellow-academicians unto eternity for his ocean of knowledge, wisdom and farsighted vision.

I am blessed and honoured to pay my tributes to a personality who will continue to live in our hearts forever.