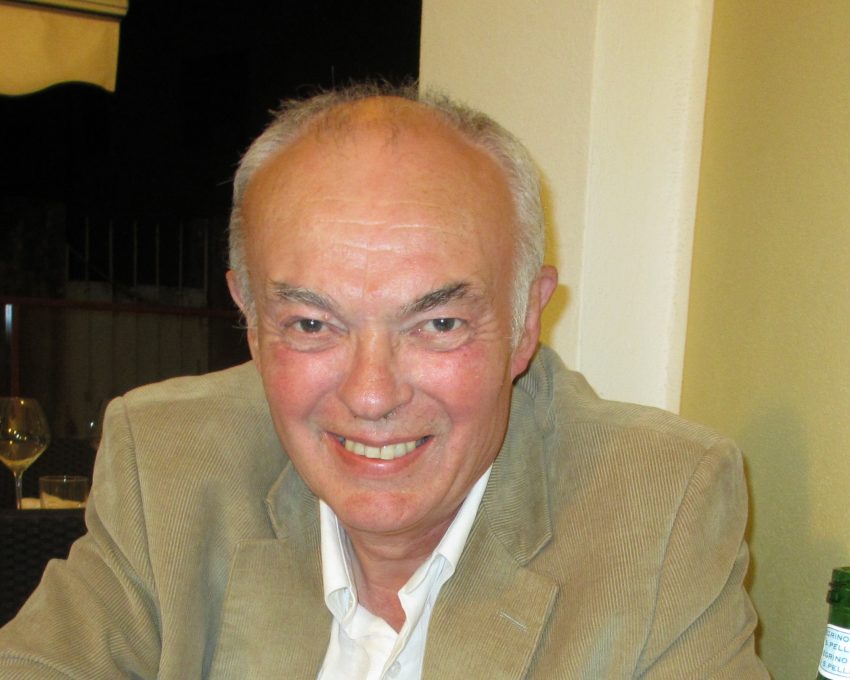 who lost a battle with cancer on

Rod was born in Hendon, London in 1946. During his youth, he developed a consuming interest in the complexity and organisation of the living world which resulted in 1967 in a First Class Honours degree in Zoology (Special Subject Parasitology) at Barking Regional College of Science & Technology. He followed this with a Ph.D. at Imperial College of Science & Technology

on the parasite fauna of freshwater fish in the Hanningfield reservoir in Essex. This resulted in a series of papers which are still relevant in terms of the UK fish parasite fauna and continue to be cited today. Amongst these were the first publications in scientific journals concerning parasites of cultured rainbow trout in the UK. Having moved north to the Marine laboratory in Aberdeen in 1970, he switched his interests to marine fish and embarked on a programme investigating the significance of the zoonotic anisakids in capture food fish which continued for a period of some 15 years. He and co-workers, notably John Smith, produced a number of important publications as a result of this work. As mariculture expanded around the Scottish coast, Rod was drawn more into the study of diseases of cultured salmon, both in their freshwater and sea water stages with a special interest in studies on the epidemiology, host-parasite interactions and control of economically important fish parasites. As Head of the Field Investigations Section in the Marine laboratory, his interests widened and resulted in studies on a variety of parasite pathogens, including protozoa such as Ichthyobodo sp. and Ichthyophthirius multifiliis. During this period he was becoming aware of the growing presence of sea lice in farmed salmon in sea cages and joined with Ted Needham from the Unilever company based in Aberdeen to produce the first major study of the life cycle dynamics of Lepeophtheirus salmonis in salmon cages; published in 1982, it was a seminal work being the first report of this pathogen in the UK and is still cited by current workers on sea lice. He continued to work and publish on sea lice for the next 25 or more years in collaboration with Chris Sommerville in the Institute of Aquaculture. His research interests, however, remained wide and, more recently, he became very interested in the Myxozoa. Along with the parasitology team at the Institute of Aquaculture, University of Stirling, where he moved in 1989, a series of studies were published elucidating the life cycles, host-parasite interactions and epidemiology of the myxozoan fauna of cultured salmon and rainbow trout in freshwater fish farm sites.

Rod’s research career came full circle in the last few years of a long career researching aquatic parasite pathogens, when, with funding from the Scottish Food Standards Agency (SFSA), he established a programme investigating the significance of anisakid infections in wild and cultured marine fish. As a member of the Working Group on behalf of the European Food Standards agency (EFSA), the results of his research contributed to the Scientific Opinion publications of the EFSA Panel on Biological hazards related to the risks to human food safety of parasites in fisheries products. As a result, the European Commission and member states reviewed and amended the existing hygiene legislation.

Over the course of his career, Rod regularly spoke publicly at conferences, workshops, etc. all over the world on the subjects of his research and utilised his knowledge and experience as a fish health specialist in many countries as a consultant, in particular for the ODA during his period at the Institute of aquaculture.

Rod’s editorial skills were recognised at an early stage in his career – he was a founding editor of the Journal of Fish Disease in 1977 and was the first publications officer of the newly formed European Association of Fish Pathologists (EAFP) between 1979 & 1981. His expertise in scientific writing was regularly put to the test during the supervision of his large number of Masters and Doctoral students during his career. His scientific rigour and clarity of thought were instrumental in training a large cohort of international students who hold senior appointments in the area of fish parasitology.

His organisational and mentoring skills were an essential element of his work at Stirling, where he acted as Assistant Director between 1989 and 1996 and then Deputy Director from 1996 until his retiral in 2011.

As a colleague at Stirling, Rod was always ready with sensible advice and his superlative inter-personal skills defused many potential problems. His calm and balanced approach made him the perfect ambassador, particularly through his strong links with Bangladesh and his friendship with Prof Takashi Aoki in Japan.

Rod was a committed family man and our thoughts at this time are with his wife Joy and Daughter Millie. Joy remarked that the one positive element of Rod’s illness was a heightened appreciation of the splendour of the natural world, which Rod found to be hugely rewarding.

His passing leaves a great void but we are buoyed up at this time by many positive memories of working together over such a long period of time.

A memorial grove of trees has been planted in Rod’s memory with Trees for life, an award-winning conservation charity working to restore the ancient Caledonian Forest and all its species to a large contiguous area in the Highlands of Scotland. Rod had a great love of our native wildlife and birds and was very knowledgeable about the stands of Caledonian pine up and down Scotland. This is a fitting, long-lasting token.