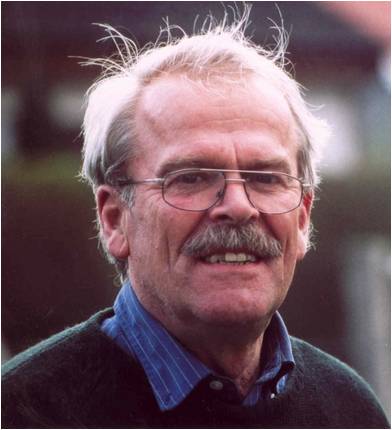 Joerg Rapp, DVM specialized in Fish Diseases and Fish Epizootics Control & Containment passed away on February 13th, 2014, aged 73, Joerg was born January 7th, 1941. He started to study Veterinary Medicine in Giessen but moved rather soon to the School of Veterinary Medicine in Hannover (the oldest in Germany, founded in 1778), where he finished his studies and carried out the final examination, the Dr. med. vet. degree and – last but not least – found his beloved spouse for a whole life together.

Shortly after, in July 1967, he joined the State Veterinary Diagnostic Centre located in the small town of Aulendorf, German Federal State of Baden-Wuerttemberg, the main geographical centre of Swabia, where he worked as founder and head of the Fish Health Service until his retirement in January 2006.

Joerg was a „typical Swabian“, known as a very serious and hard as well as meticulously working people. During his nearly 40 years in the State Veterinary Diagnostic Centre of Aulendorf, Joerg built up a for the time outstandingly efficient Fish Health Service to the pond farming & aquaculture industry in Baden-Wuerttemberg.

In the meantime, the European Commission in Brussels started to develop a legislation a legislation for the control of fish diseases (mainly epizootics) at Community level. Experts of the Members States in which freshwater fish played an important role began to be invited to Brussels. The first result of these efforts was the Council Directive 91/67 „concerning the animal health conditions governing the placing in the market of aquaculture animals and products“. Updates of this Directive, as well as a phalanx of Commission Decisions, followed during the 1970ies-1990ies up to the beginning of the new millennium. The introduction of the concept of approved zones and „compartments“ turned out to be a rather complicated matter and this was the moment in which the presence of Joerg in Brussels proved to be of fundamental importance – because of his long-lasting p r a c t i c a l work with trout farmers of Baden-Wuerttemberg. Initially, Joerg was reluctant to join the experts in Brussels, because working in the countryside, the trips to Brussels seemed rather strenuous to him. But finally, we could convince him to participate. Afterwards and a bit less strenuous, the experts meetings at the Ministry of Agriculture were held in Bonn, responsible for the implementation of EU-Directives and Commission Decisions resulting from the work in Brussels into German legislation.

As expected – Joerg’s ideas to improve the contents of EU-documents showed of great value, because – again – of his firm links with the reality of daily practical experience and insight in pond farming. His Swabian thoroughness often brought down the responsible Commission Eurocrat‘s theoretical approaches, in many cases far from reality, and to re-think their proposals (for them not very popular indeed – because it meant a loss of time; but Joerg remained firm like a rock…).

His restless efforts well as the continuous engagement of his co-workers regarding the avoidance and containment of fish epizootics lead to the unique result that Baden-Wuerttemberg (BW) has the most approved IHN & VHS free zones and compartments within the Federal Republic of Germany (data from 2011): 98 against 41 of the other 6 Fed.States (in which freshwater fish production plays a role).

We lost a distinguished but always modest personality, a colleague and friend who understood his profession as a vocation, who never lost his practical sense, who was a loyal member of the German Branch of the EAFP for many decades and loved nature, animals and (mainly) equestrian sports