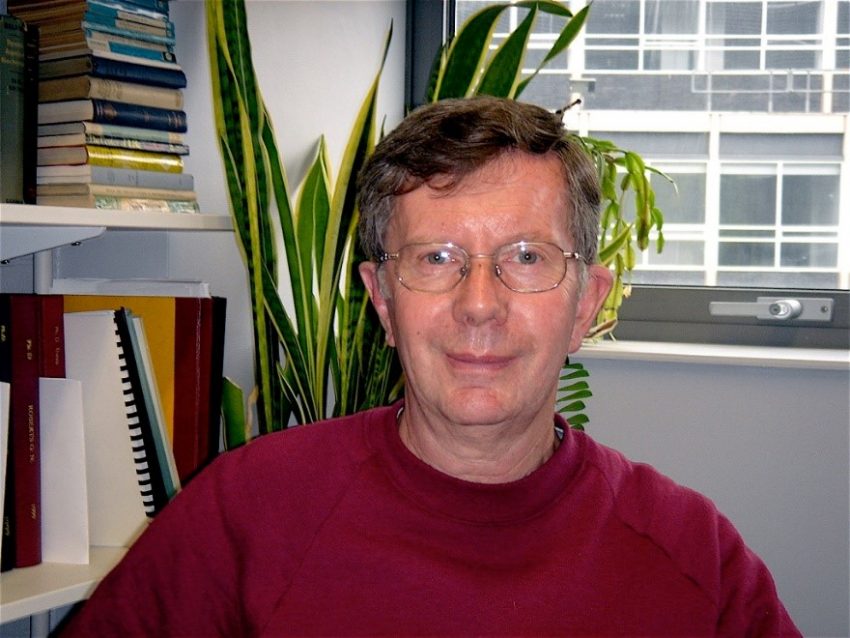 It is with great sorrow that I learnt that our dear colleague and friend Jimmy Chubb passed away on 25th March.

Jimmy completed his B.Sc. and Ph.D. at the University of Liverpool where he taught from 1959 until his retirement in 2003. He taught invertebrate zoology, parasitology and parasitism and symbiosis courses. He also supervised many M.Sc. and Ph.D. students. He was very involved in the development of student audio-visual aids and programmed learning and served as University representative to the British Universities Film Council (1961-1968), Executive Committee (1962-1968) and Honorary Secretary (1964-1968). He also attended and organised many conferences on the use of audio-visual aids in the universities. At the University of Liverpool he was Dean of College Studies (1984 – 1987 and 1992 – 2002), Member of Senate (1984 – 2002), Head of the Department of Zoology (1987 – 1988), Head of the Department of Environmental and Evolutionary Biology (1988 – 1990), University representative on the Board of Directors of the Environmental Advisory Unit of Liverpool University Limited (1988-1991), University representative on the Governing Council, Liverpool Institute of Higher Education (1988-1992), Chairman of the Management Committee of the School of Life Sciences (1990 – 1992) as well as many other roles.  During retirement he was  an Honorary Senior Fellow with the University of Liverpool and member of the Liverpool Hope University Council (until 2016). Alongside his academic activity he was an outstanding research scientist. His main research interests were the ecology, seasonality and taxonomy of parasites of freshwater organisms. After retiring he worked mainly in evolutionary studies on complex life cycles of helminth parasites. He published an impressive number of scientific papers throughout his life. He was founder Editor (1968-1971) of the Journal of Fish Biology (Academic Press) and on the Editorial Board of the same Journal (1971 – 1994). He integrated the Editorial Board of Ecological Parasitology (St. Petersburg) (1990 – 1993) and Folia Parasitologica (Czech Republic) (since 1997). He was a member of the Council of the Fisheries Society of the British Isles (1967-1974; 1986 – 1989) and of the Council of the British Society for Parasitology (1984 -1986). Jimmy was also involved as co-organiser/ organiser of several Congress conferences, namely on the Parasites of Animals in Aquatic Environments session, in the Fourth International Congress of Parasitology, Warsaw, Poland (1978), the Economic Importance of Fish Parasites, in the Fourth European Multicolloquium of Parasitology, Izmir, Turkey (1984), the European Multicolloqium of Parasitology Poznan Session D (2000), and in the British Society for Parasitology Spring meeting (2004). He was frequently an invited speaker at national and international meetings. His other interests included natural history, bird watching, plants and gardening, photography and building model railways.

Those who had the privilege of knowing Jimmy will always remember him not only as an excellent teacher and scientist who captivated audiences with his crystal-clear speech, but also as someone with great human qualities.