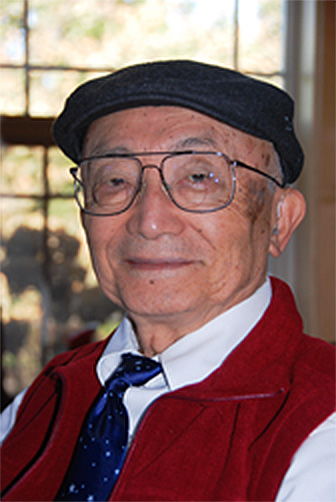 On December 12, 2016, Dr. William Toshio (Tosh) Yasutake passed away peacefully at home at the age of 94. He is survived by Fumi, his wife of 66 years, as well as four children and six grandchildren. Upon his death, the fish health community lost an outstanding scientist as well as a kind, unassuming and wonderful human being.

Tosh was born on 10 June 1922 in Seattle, Washington, to Jack and Hide Yasutake. He was in his first year of studies at the University of Washington when Pearl Harbor was attacked by Imperial Japan on December 7, 1941. Following the attack, Tosh and his family (father, mother, sister and two brothers) were among the 110,000 to 120,000 people of Japanese ancestry who were forced from their homes on the U.S. Pacific Coast and incarcerated in internment camps in the interior. In June of 1942, Tosh enlisted in the U.S. Army, serving as an unarmed combat medic in the famed 442nd Regimental Combat Team, the most decorated unit for its size and length of service in the history of American warfare. Wounded in October 1944 during the Vosges Mountains Campaign near Bruyeres, France, Tosh was evacuated and missed the ensuing battle to rescue the “Lost Battalion” at which his replacement was killed. Tosh returned to action in Italy from February 1945 until the end of the war in Europe, earning both a Purple Heart and a Bronze Star for bravery. In October 2010, the Congressional Gold Medal was awarded to the 442nd Regimental Combat Team and in 2012 the surviving members were made chevaliers of the French Legion d’Honneur for their actions contributing to the liberation of France in World War II.

After the war, Tosh returned to the University of Washington on the GI bill and received a B.S. degree in Zoology in 1951. In 1953 he began his research career at the U. S. Fish and Wildlife Service Western

Fish Nutrition Laboratory at Cook, Washington, where he conducted pioneering research with Dr. John Halver on nutritional fish diseases. Tosh Yasutake was one of the first to recognize hepatomas in hatchery-reared rainbow trout and helped trace the disease to an aflatoxin produced by the mold Aspergillus flavis that grew during storage of ingredients for fish diets. In 1960, he transferred to the Western Fisheries Research Center (WFRC) in Seattle (then, the Western Fish Disease Laboratory) to start a fish pathology diagnostic laboratory. There, he described the histopathology of economically important fish diseases, identified etiologic agents, and worked with hatchery biologists to improve the health, quality, and survival of salmonids released from federal and state hatcheries. Tosh was instrumental in recognizing that the viruses of Oregon sockeye disease and Chinook salmon virus disease were one entity and in giving the disease its present name: infectious hematopoietic necrosis.

In recognition of his pioneering research, Tosh was awarded a doctorate in fish pathology by the University of Tokyo in 1980, the first American to have been so honored. In 1983, he published his classic textbook “The Microscopic Anatomy of Salmonids: An Atlas” that quickly became a standard reference work in fish pathology and is still in wide use today. For his outstanding career achievements, Dr. Yasutake received the S.F. Snieszko Distinguished Service Award in 1987, the highest honor bestowed by the American Fisheries Society Fish Health Section (AFS-FHS). Tosh retired in 1988, but continued his research at the WFRC as a Senior Scientist Emeritus providing technical assistance to federal and state agencies and to the aquaculture industry worldwide. His culminating project was to digitize his lifetime collection of photomicrographs and prepare an atlas, “Histopathology of Selected Parasitic Salmonid Diseases: A Color Atlas” that is now posted on the websites of the WFRC and the AFS-FHS.

Although his presence will be sorely missed, his research contributions have become part of the foundation of today’s knowledge of fisheries biology and have assured him a place in history.